Taylor Swift is doing her part in practicing social distancing, but still entertaining her fans!

The 30-year-old singer teamed up with SiriusXM to launch a Hits 1 n chill Home DJ special that kicked off on Monday, as a way to keep everyone “company during self-isolation.” Throughout the first hour-long radio show, Swift revealed what she’s been doing to stay occupied while quarantined in order to help prevent the further spread of COVID-19, commonly known as the coronavirus.

“It’s safe to say we are living through unprecedented times right now. I am hoping that all of you are safe and healthy,” Swift said. “A lot of my friends and I have been doing sort of a weekly family FaceTime, which is always hilarious. I think it’s really important that we all stay connected because isolation doesn’t have to be an all-encompassing thing. We may be isolated, physically, but we can still keep in touch with people. We can still play games with our friends and family on our phones … that is one of the great things about modern technology.”

“Obviously we have a lot of time on our hands right now, with people being out of school, out of work. I’ve been doing a lot of cooking, a lot of reading, a lot of watching films that I’ve never seen before,” she continued, revealing she just watched Alfred Hitchcock’s Rear Window for the first time. “But mostly I’ve been online trying to figure out how to help others and just constantly in awe of our first responders, emergency workers and our healthcare professionals that are putting themselves in danger every single day.”

Swift said she’s been hearing about plenty of outreach online, and loves that people are continuing to show up for each other during this unique time.

“I hope you guys are doing a lot of self-care in terms of staying connected to the people that remind you of home, even if the situation is strange and really confusing at this moment,” she said. “One thing I think that has been really encouraging to me is going online and seeing that a lot of people are banding together and helping each other. Whether that’s monetary or just offering words of support, it’s a crazy time right now and you never know who might be struggling, who might be feeling alone.”

“Reach out to friends you haven’t talked to in a while,” she advised. “I think right now we have to connect with our humanity more than we ever have before.”

Swift also played some of the most requested pop hits — like Harry Styles’ “Adore You,” Ariana Grande’s “Into You” and Justin Bieber’s “Intentions” — along with her new personal favorite jams.

“I can recommend some music I’ve been listening to. Basically, I’ve been obsessed with the Conan Gray album,” she exclaimed. “I think it’s so imaginative, so interesting. It’s called Kid Krow and my favorite song on it is called ‘Wish You Were Sober.’ So go check that out if you want some new, cool music to listen to.”

Gray quickly got word of Swift’s shout-out, and couldn’t contain his excitement on Twitter.

“MISS TAYLOR ALISON SWIFT, YOU HAVE OFFICIALLY KILLED ME, CONAN LEE GRAY,” he wrote. “I HOPE YOU ARE HAPPY, AS I AM NOW DEAD. IT WAS A GOOD WAY TO DIE, THANK YOU.”

YOU HAVE OFFICIALLY KILLED ME, CONAN LEE GRAY. I HOPE YOU ARE HAPPY, AS I AM NOW DEAD.

IT WAS A GOOD WAY TO DIE,

| Taylor reveals during her @SiriusXMHits1 N Chill that she’s been listening to and obsessed with the new @ConanGray album “Kid Krow!”

“I think it’s so imaginative so interesting. My favorite song on it is “Wish You Were Sober.” So go check that out.” 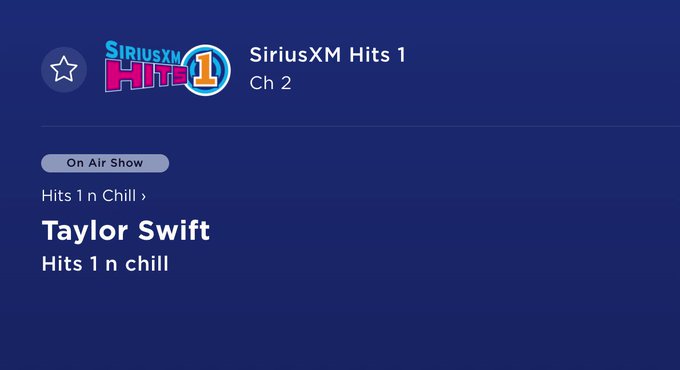 4,346 people are talking about this

Swift also praised pal Halsey’s “You Should Be Sad,” saying, “I absolutely love this song. I love this girl.”

Earlier this week, a source confirmed to ET that Swift has been supplying Grimey’s New & Preloved Music, a record store in Nashville, with money for each employee, along with three months’ worth of health care, in order to help them stay afloat amid economic struggles caused by the ongoing coronavirus pandemic.

According to Rolling Stone, who was first to report the news, Grimey’s was one of many local stores that had to send its employees home last month after Nashville’s mayor, John Cooper, issued a stay-at-home order.

“We were very surprised, and I would have to say amazed, that Taylor Swift reached out to us through her publicist to offer some relief during the COVID-19 pandemic,” Doyle Davis, co-owner of Grimey’s, told the outlet. “I didn’t even know we were on her radar, but she really stepped up to help after the recent tornadoes that struck Nashville and middle Tennessee, and now she’s trying to help a beloved small business in her city.”