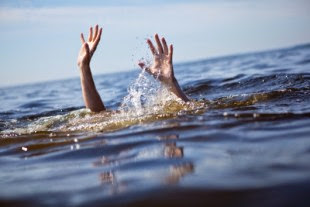 Nine fishermen on board two boats are feared dead in another boat disaster which occurred at dawn last Tuesday, on the Volta Lake.

The incident happened barely a week after a similar event on the lake had claimed 18 lives.

The incident occurred when the two boats, reportedly on fishing expedition from different locations, were hit by windstorm on the lake around 2:a.m., capsizing them.

So far one body has been retrieved, while eight others are still missing. Three of the fishermen were rescued.

The operations officer of the National Disaster Management Organisation (NADMO) in the Biakoye District, Ms
Mercy Edith Mensah, confirmed the
accident to the Daily Graphic.

She said unconfirmed reports suggested that the dead body and the three rescued were part of the boat with nine passengers travelling from Tapa-Odei to Tapa-Abotoase in the Worawora District in the Volta Region.

A search party made up of the Tapa-Abotoase NADMO Zonal Co-ordinator and a team of fishermen are still searching for the eight people.

Investigations are ongoing to determine the cause of the incident.
The body retrieved is yet to be identified and has since been deposited at the WoraworaHospital mortuary.

Female Suicide Bombers Killed by Own Bomb in Nigeria Man fired for farting too much at work