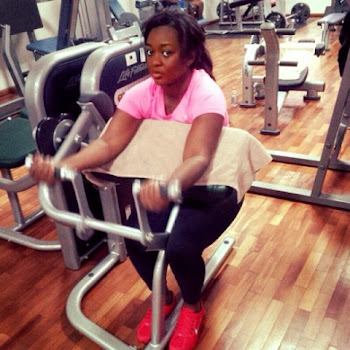 Daily Guide report is claiming Ghanaian entertainment icons were among hundreds of Ghana soccer fans who got stranded at Forteleza Airport on Saturday evening, after the pulsating 2-2 Ghana-Germany match at Forteleza.

The paper reports that Jackie Appiah, John Dumelo, Gyedu Blay Ambolley, slept on bare floor at the airport because there was no flight to take them back to Natal.

Members of the World Cup committee responsible for their care could not be traced.

Due to this mishap, the soccer fans had to sleep on empty stomachs at the airport after the Ghana-Germany game until the next day.

The Ghana fans slept like refugees at the busy airport in the full glare of other nationals. There
were threats to deal ruthlessly with the committee respon¬sible for their appalling situation when they touch down at their home base in Natal. The fans made deafening noise to display their anger until they were flown back to their Natal base on Sunday morning.

It took the intervention of some stoutly built men, who prevented the charged fans from manhandling the com¬mittee members at the Mardunas Hotel. They have had enough of the poor treatment since their arrival in Brazil for the World Cup, the fans complained.

At the Mardunas Hotel on Sunday morn¬ing, they held placards with inscriptions that they wanted to return to Ghana. Some of the fans, wearing red bands, pas¬sionately appealed to President Mahama to fly them back home to save them from hard¬ship.

While some fans were angry because of the difficulties in moving from the Natal airport to their home base in Mardunas Hotel, several others were also stranded at the Natal airport Saturday afternoon hoping to travel to Forteleza to watch the Ghana- Germany game.

These fans were loaded in buses from the Mardunas Hotel to the airport with a promise of being flown to watch the match.

They however had the shock of their lives when they were left at the airport since there was limited space in the aircraft. Music star Becca was said to be among the unfortunate fans who could not get a flight and become stranded at the airport.

After creating chaotic scenes at the busy airport, Brazilian authorities chattered buses to send them back to the Ghana village where they watched the game in their rooms.