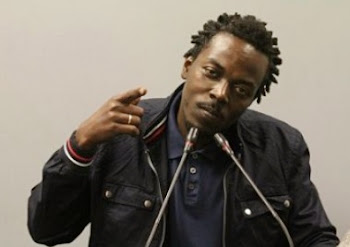 Hiplife artiste Emmanuel Botchwey aka Kwaw Kese has finally ended his six-year-old marriage with his wife, Zionfelix.com can confirm. The rapper who joined twitter in 2009 broke the news to his over 114,000 followers on Monday
evening. Reasons for their separation is not yet known as calls made to the rapper proved futile as at press time.

Zionfelix.com will bring you more information about this divorce between the man ‘insane’ Kwaw Kese and his American diplomat. Kwaw Kese has two kids – a boy and a girl whose names are only known as Sean and Veronica.

Kwaw Kese is one of the few Ghanaian celebrities who managed to keep his marital issues from the public domain.

He joins Juliet Ibrahim, Jackie Appiah and other Ghanaian celebrities whose marriages have crushed.