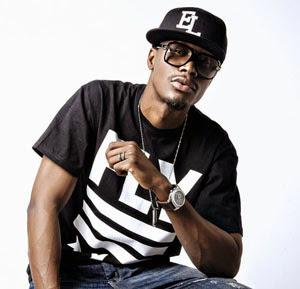 Ghanaian rapper and singer E.L. has declared himself the “Best African Rapper” and says the title was inspired by the name of his upcoming ‘B.A.R Concert’ scheduled for Saturday, July 19 at Alliance Francaise in Accra.

The rapper explained the rationale behind the ‘B.A.R. Concert’ to NEWS-ONE and said he was about to go live with the concert, which would witness performances from the likes of Joey B, Manifest, Ko-Jo Cue, Sarkodie, Lil Shaker, Edem, Stargo, C Real, Dex Kwesi, Gemini, PK and many more.

What is the B.A.R. Concert all about?

It is a concert in an attempt to give hip-hop artistes in Ghana a platform for them to be recognised. It is to give an opportunity to as many hip-hop artistes as possible, both known and underground, to have a stage to shine.

Would it be in the form of a battle?

How do you select the artistes?

In my line of business I come across several artistes each and every day so I am able to sieve through them to know who has potential and who does not. Believe you me, there are many serious artistes out there making serious efforts to be recognised on a more commercial level and on a bigger platform.

So at the end of the day, this is not just a statement I am making because statements can be wrong. This is not a claim I am making; it is just something I know about myself. And there is no other side to truth. This is the truth and I am saying it.

When would the concert take place?
Saturday July 19 and we are actually planning to make it an annual thing. There are a whole lot of things we are planning to fix into one whole year at BBnZ. We have the Big Weekend Festival, EL and Friends Concert, and all. I also have an album coming out as well.

Would this be your second album?

Yes. ‘Something Else’ was my first album and that was two years ago. So two years later, ‘ELORM’ is coming out and ‘ELORM’ is an acronym for Every Body Loves Original Music and it is my name as well. I hope to announce the date before October. I am still recording it. The competition keeps getting tougher.

How are you coping?

Well, the market changes. It is a very unpredictable platform and that is what I have come to learn as an artiste. So it is up to an artiste to learn this and the tempo at which it is changing. I have been quiet for a couple of months now not because of the competition per say but there are other things that I have been working on.

Competition is there but if I want to drop a song and make noise today, I would be able to do it. I am in the position to release a song right now and people would make a lot of noise about it.

The challenge is how long that noise would be sustained and how long it would last. So I am planning and taking my time so I have the best effect when I drop my songs and I would be dropping one soon. What is actually happening is that I have the songs but I am trying to do the video before I drop the song.

Thanks to you too. Meet Madina Ewuraama Asare, The Teacher Who Welcomes Her Pupils With A Handshake